The Redemption Campaign is a statewide initiative to safely release thousands of people who pose no public safety risk from Colorado prisons by challenging Governor Polis to use existing clemency powers in new and transformational ways. Our mission is to replace the architecture of mass incarceration with a roadmap to freedom and redemption. We need you to join us in this fight. Take a pledge to meaningfully participate in Colorado's Redemption Campaign.

"Each of us is more than the worst thing we've ever done." - Bryan Stevenson

We must transform the concept of clemency from a case-by-case extension of individual mercy into an essential systemic response to decades of racist, punitive, and unjust incarceration. For most people in prison, a governor’s grant of clemency — acknowledging their right to redemption and the human capacity to fundamentally change — is the only chance they have of timely release and a pathway to healing. 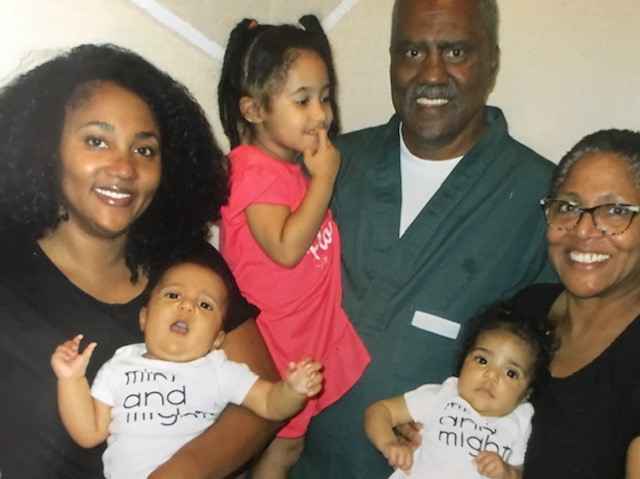 “I spent the first few years of my incarceration blaming my actions on my drug use. As I have grown, and looked into myself, I have come to take responsibility for the choices I made. Once I accepted the harm my role caused others, I actively sought out ways that I could make amends.” — Ronald Johnson

We cannot do this alone. That the power to immediately release thousands of people rests in the hands of a single actor makes it all the more important, because justice cannot wait.

LEARN MORE ABOUT THE REDEMPTION CAMPAIGN 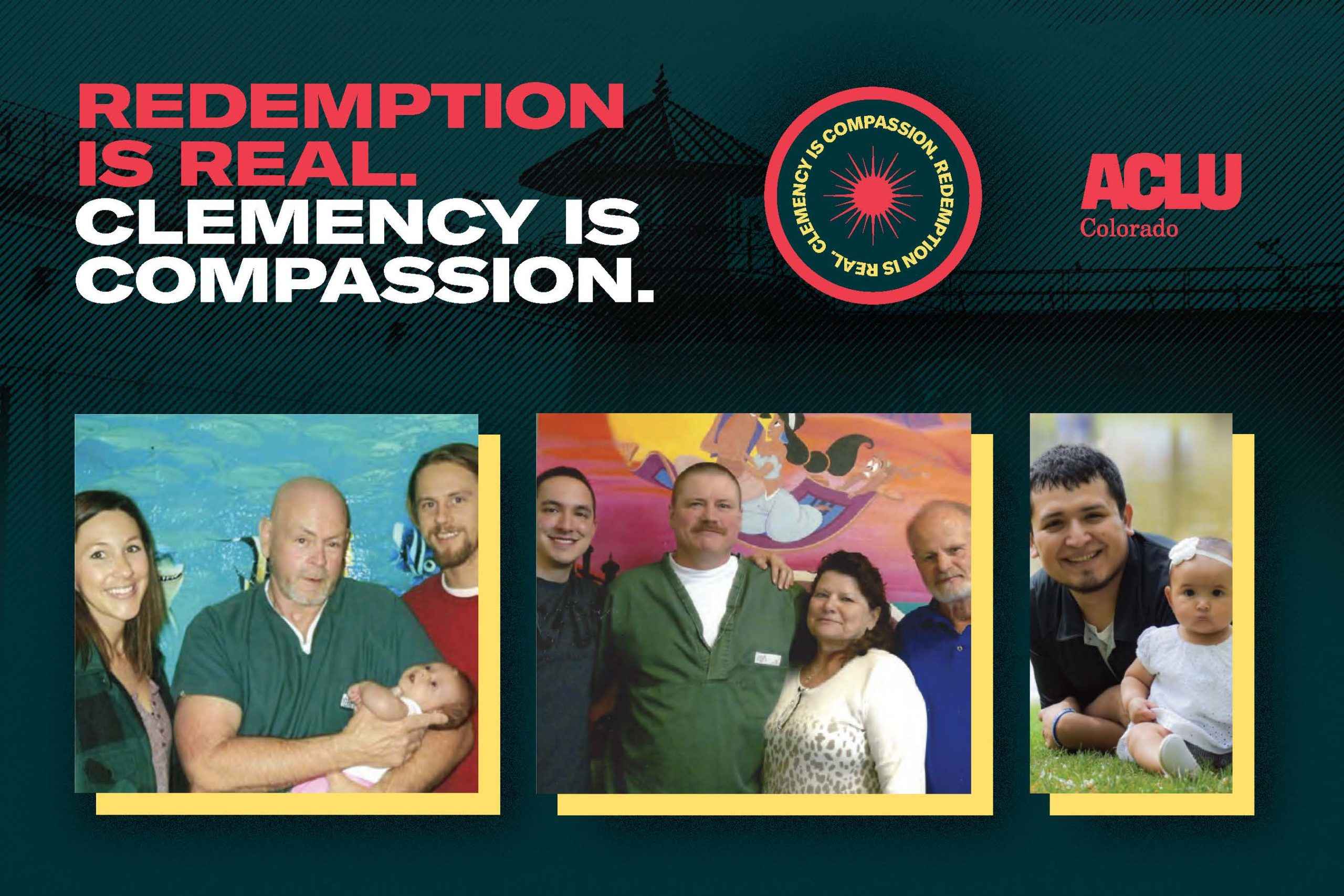 READ MORE ABOUT THE CLEMENCY PROCESS IN COLORADO 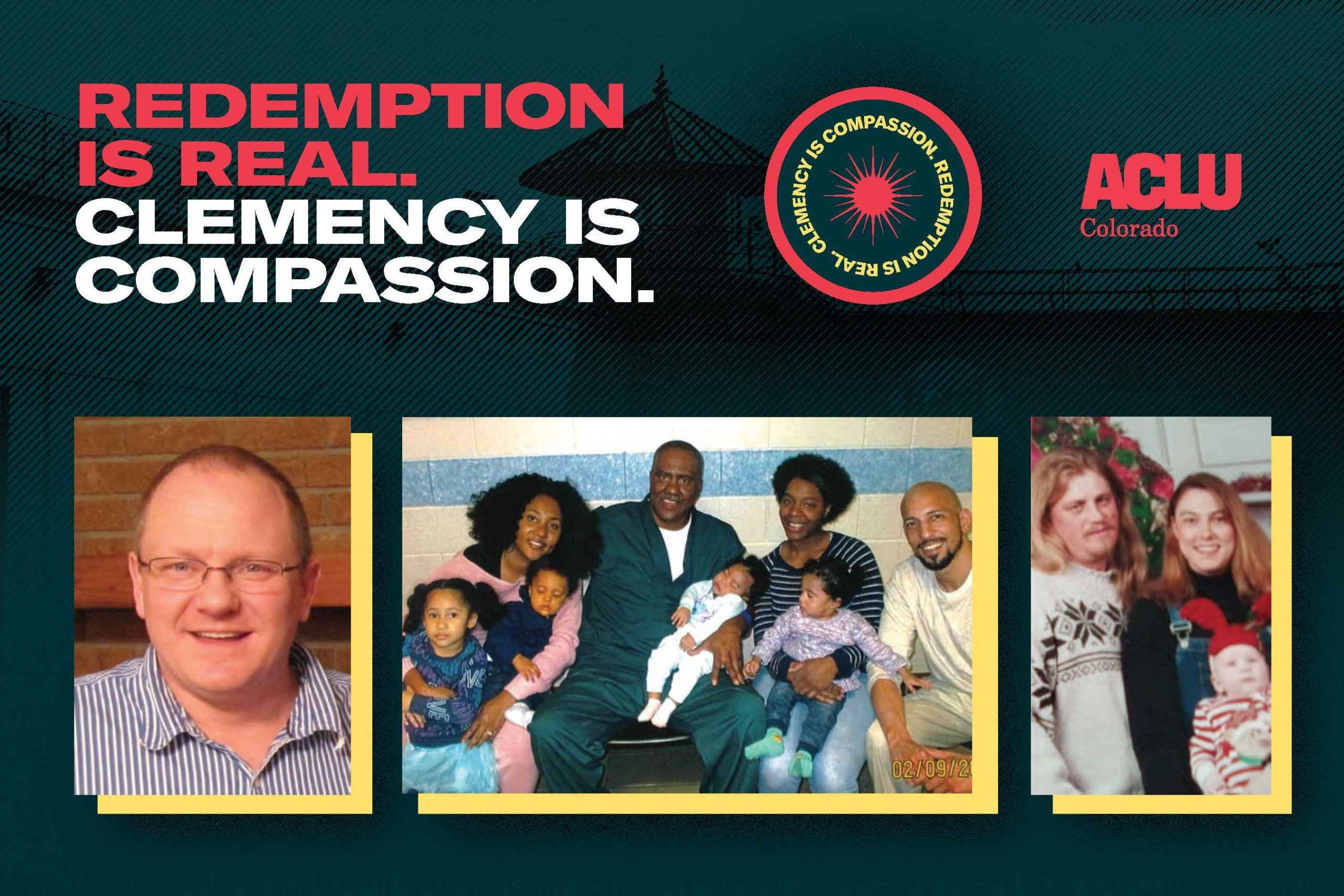 From left to right: John Peckham is an IT expert and nature enthusiast who requires breathing treatments several times a day, and lives in fear of dying in prison. Ron Johnson is a 62-year-old father and grandfather who has turned his life around in prison after being convicted of non-violent offenses related to substance abuse. Michael Kaiser is a 47-year-old husband, father, and recovering addict who is incarcerated at Sterling Correctional Facility for a non-violent offense.

From left to right: Chris Nye is an accomplished artist, dog trainer, community leader and grandmother with severe asthma who is eager to rejoin her family. Demika Rogers is a talented chef, actor and founder of the Women of Influence program, who suffers from severe asthma and deserves a second chance. Anthony Martinez is 84-years-old and has spent 30 years incarcerated. 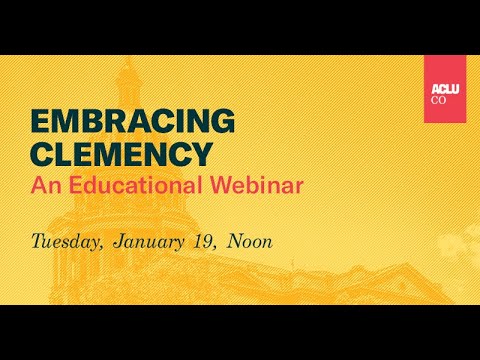 ACLU hosts a COVID-19 decarceration panel to lift up the voices of family members whose loved ones are incarcerated. Panelists included attorneys involved in the lawsuit against the Colorado Department of Corrections and family members whose loved ones are incarcerated during this pandemic. The other 300 attendees heard about conditions in Colorado’s prisons, learned about the urgent need to reduce the number of people in prison and took action to safely release at-risk incarcerated Coloradans. 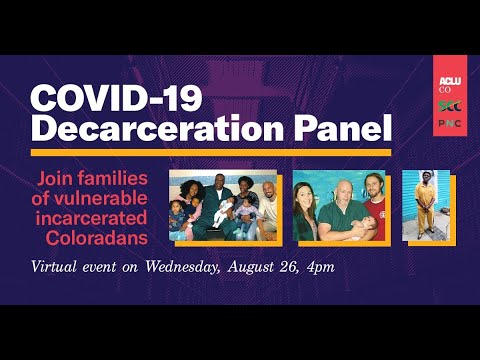 Cedric Watkins is a father, uncle, entrepreneur-in-training, and a vital community pillar for many others. While behind bars, he has tirelessly devoted himself to serving his peers and his community. He developed gang disaffiliation programs for other incarcerated individuals and is currently involved with Defy Ventures. He sends letters and calls his daughter as much as he can. Cedric is currently in prison at Sterling Correctional Facility. He was convicted of aggravated robbery, burglary, kidnapping, theft and sentenced to 80 years; no one was seriously injured or killed. For comparison, a person convicted of second-degree murder in Colorado faces a maximum sentence of 48 years. Cedric has already served 20 years and has fully rehabilitated during that time. 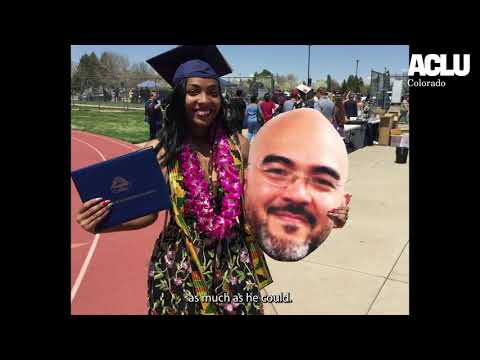 Watch the story of Ronald Johnson. Ron is a 62-year-old father and grandfather who has turned his life around in prison after being convicted of non-violent offenses related to substance abuse. 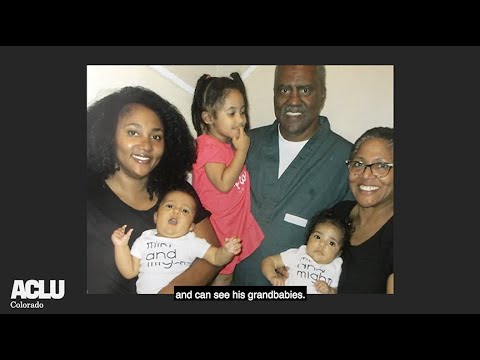 Watch the story of Anthony Martinez. Anthony is 84-years-old and suffering from renal failure, as well as other serious medical conditions including dementia. The ACLU of Colorado is happy to share that after having spent over 30 years behind bars for a series of robberies, was finally released to live with his family. In the midst of this public health crisis, many more incarcerated people as vulnerable as Anthony, could and should be immediately released to safely live out their remaining years with family. 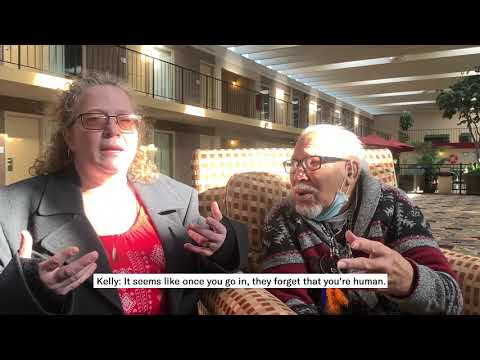 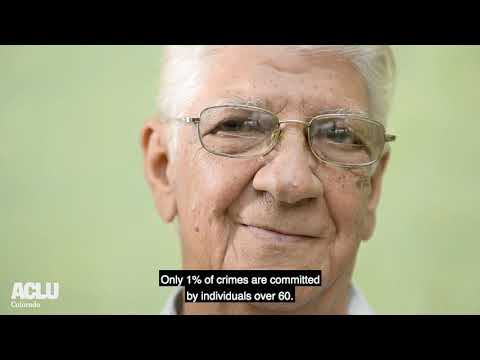