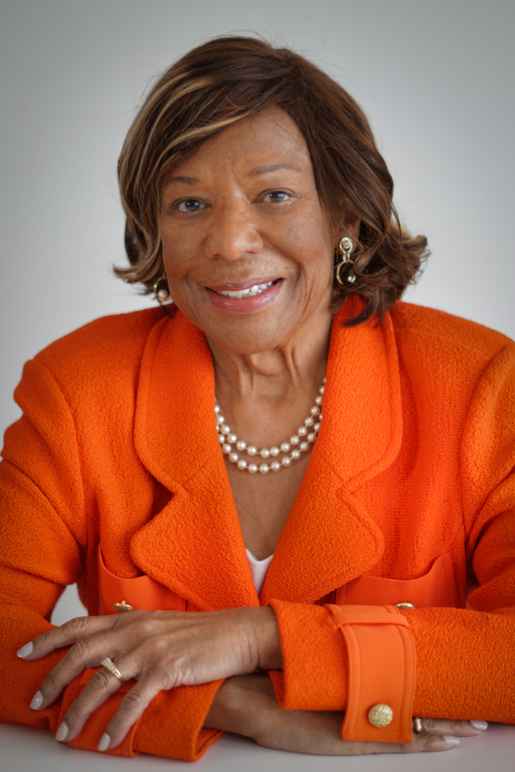 As a trailblazer, Richardson founded the International Human Trafficking Institute of the National Center for Civil and Human Rights; created, Angela’s House, the first safe house, east of the Mississippi, for sexually exploited girls; and opened the first night shelter and transition home for unhoused women and children in Atlanta.

Her early socio-economic environment and parent role-models informed Deborah’s commitment and path for social justice. Raised in the historic African American middle-class community of Collier Heights, Deborah was surrounded by neighbors who were civil rights icons, professionals, and everyday folks as foot soldiers of the movement, including her parents. “Based on what I experienced for the first fourteen years of my life, I thought all adults were “in the Movement.” Her own engagement began when her parents “volunteered” her to be among the first Black students to integrate Atlanta Public Schools. “Over the course of one weekend, my life was removed from a nurturing environment of adults and lifetime friends to a place where I was directly and indirectly excluded. Every day I came home and begged my parents to bring me back to my neighborhood school. Each day, they had the same response “Deborah, this is not about you, this is about something bigger than you.” That was the foundation from which Richardson has built a lifetime of activism committed to creating the Beloved Community: “a global vision in which all people can share in the wealth of the earth. In the Beloved Community, poverty, hunger, and homelessness will not be tolerated because international standards of human decency will not allow it.”

Richardson is a nationally recognized expert in identifying and dismantling gender and racial injustices. She testified before Congress, advised advocates and elected officials in creating, enacting, and implementing local, state, and federal public policy reform. She was convenor of numerous multi-sector coalitions of grass top, and grassroots groups demonstrating her belief that “in order to advance social change, those most impacted, must have seat at the table.” During her first year as ACLU of Colorado’s Executive Director, she launched a series of statewide listening tours called Expanding the Table for Justice  to hear firsthand what issues are of concern to Coloradans, and how ACLU Colorado may address them. The data collected informs the Affiliate’s three-year strategic plan.

Under The Center, Richardson founded the International Human Trafficking Institute (IHTI)  in 2014. Her commitment to ending sexual and labor exploitation of children and youth began in 2000 during her tenure as Director of Program Development of Fulton County Juvenile Court. She was among the first advocates to identify this as both a global and local illegal activity and spearheaded the coalition which fought for the passage of the state of Georgia’s first legislation making pimping and pandering a child a felony. During her tenure at the Women’s Funding Network, in 2010 she testified before House Judiciary Committee against Craigslist Adult Services site, which was generating more than $30 million dollars per month advertising and facilitating online transactions selling minors for illegal sexual services.   Her testimony, among others led to the shut-down of the site.

In preparation for the 2019 Super Bowl hosted in Atlanta, IHTI launched the “Human Traffick Proof the ATL” campaign. Deborah convened more than two hundred multi-sector stakeholders representing private, public, faith, and community-based partners to commit to a three-year strategy to address strategies to address the socio-economic conditions of vulnerable children, and interrupt market demand for those buying and selling children for exploitation. In partnership with the Atlanta Super Bowl Host Committee, she coordinated efforts to train 50,000 volunteers to “learn something, see something, do something” to end child and labor exploitation. She also lobbied local elected officials and police departments in metro Atlanta jurisdictions to implement sting and deterrent arrests for buyers of sex with young children leading up to and during the sporting event.

Deborah is a noted public speaker and scholar-activist.  She delivered the commencement address for St. Mary’s College of California School of Graduate and Professional Studies and the University of Georgia School of Social Work; Keynote during the  Association for Women's Rights in Development ( AWID ) in Cape Town, South Africa; Lecturer in Education for Sustainability and Human Rights for the United Nations Institute for Training and Research (UNITAR) at Kennesaw State University; and the Alonzo F. and Norris B. Herndon Human Rights Expert in Residence at Georgia State University Honors College. Richardson co-authored “Ending Sex Trafficking of Children in Atlanta”.

Deborah is a doctoral candidate at Union Institute & University in Public Policy and Social Change, with specializations in Rev. Dr. Martin Luther King and Women and Gender studies. Richardson holds an M.A. in Leadership (Organizational Development) from St. Mary’s College of California, a B.S. in Political Science with a minor in Women Studies from Georgia State University, and Certificate in Performance Measurement in the Nonprofit Sector from Harvard University, John Kennedy School of Government.

My mission is to leave the world better than I found it.

The Overturning of Roe v. Wade

Blog: The Bullet that Changed the World