Today our debtors’ prison bill, which is aimed at ending the common practice in Colorado of jailing poor people for failure to pay fines, passed the state legislature with overwhelming bipartisan support.  This victory is the result of two years of hard work and collaboration. In addition to bill sponsors Representative Joe Salazar and Senator Lucia Guzman, we commend  and thank Jared Thornburg and Linda Roberts, the two Coloradans who chose to share their experiences with legislators and helped us put a human face on the issue. Their stories are below.

Jared Thornburg was recently unemployed, recovering from a serious workplace injury, and homeless when the City of Westminster threw him in jail for ten days because he could not pay a fine for driving a defective vehicle.
In March 2012, Jared pleaded to driving a defective vehicle and was ordered by the court to pay $165 in fines and costs.  Jared told the court that he was homeless and penniless and could not pay the fine.  He asked for a brief amount of time to try to get the money together to pay, but the court told him that he would have to pay by the end of the next day, or a warrant would be issued for his arrest.  Jared was unable to come up with the money and, shortly after, the court issued a pay-or-serve warrant for his arrest.
The warrant ordered that Jared either immediately pay $245, an amount which now included new fees stemming from his inability to pay, or serve 10 days in jail.  Despite knowing that Jared was homeless and unemployed, the Westminster Municipal Court sentenced him to 10 days in jail, without any hearing on the matter.  Jared was arrested in May 2012 and he served the full 10 days in jail without ever being taken before a judge.
Jared is now employed at a King Soopers grocery store, where he has been promoted three times in eight months.  Had Westminster taken into account his inability to pay and granted him an extension, he would by now have paid off his fine.  Instead, Jared spent 10 days in jail at a cost of over $700 to the taxpayer. 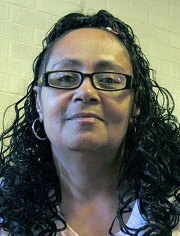 Linda Roberts is a 55 year old disabled, homeless grandmother.  Linda’s only source of income are food stamps and a small disability check, and she often does not have enough money to pay for food.
In June 2012, Linda shoplifted $20 worth of groceries.  Linda pleaded guilty to the charge and a Wheat Ridge Municipal Court Judge ordered her to pay $371 in fines and fees and to take a class at a cost of $80.  Ms. Roberts explained to the court that she was unemployed, disabled and impoverished and did not have the means to pay.
When Linda did not pay, the fees and fines ballooned to $746 and a pay-or-serve warrant was issued for her arrest.  The warrant ordered that Ms. Roberts either pay the full amount or serve 15 days in jail.
Linda was arrested in October 2012, and she served 15 days in Adams County Jail, at a cost of $1,700 to the taxpayers.  While in jail, Linda appeared before the Westminster Municipal Court, only to be told that her only choices would be to put up the full amount of the fine or serve the 15 days.  Linda did not have the money, so she was forced to “pay off” her fine through imprisonment.
______________________________________________________
More information on our campaign to end debtors' prisons in Colorado can be found here.

First Trial in the Nation on Behalf of Protesters Injured by Police...