The U.S. Department of Justice Statement of Interest in our lawsuit against the Douglas County School District

The U.S. Department of Justice filed a Statement of Interest in our lawsuit against the Douglas County School District, Douglas County Sheriff, and School Resource Officers for aggressively handcuffing and arresting an 11-year-old child with autism. The Statement reaffirms the DOJ's long-held position that Title II of the Americans with Disabilities Act applies to SROs arresting children with disabilities and clarifies that public entities may be liable for the actions of their employees, contractors, and agents under Title II.

“In their motions to dismiss, the Sheriff’s Office and the School District misinterpret Title II of the ADA. Specifically, Defendants misconstrue their obligation under Title II to make reasonable modifications during an arrest when necessary to avoid disability discrimination, suggesting that A.V.—despite his age, the school context, and known disability—was required to request a reasonable modification during the course of his arrest.” 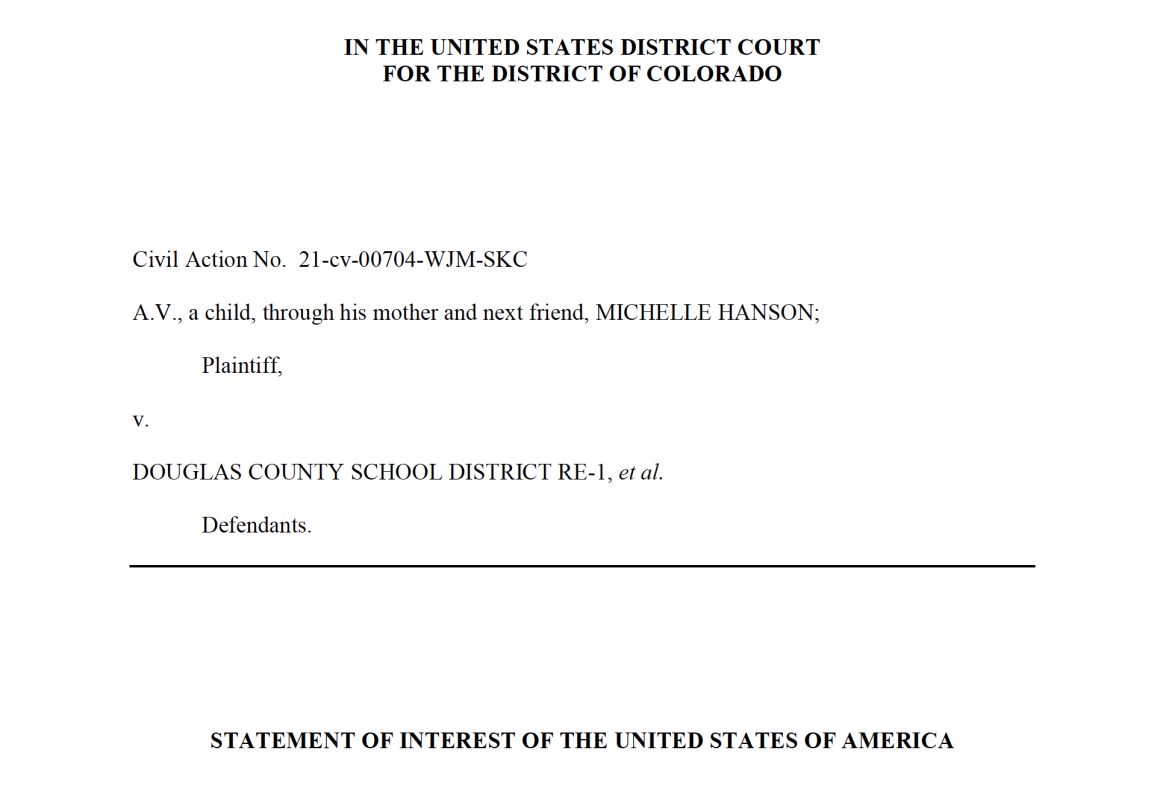 Blog: Counselors, Not Cops: Heidi Laursen and her son, J.L.

Blog: Counselors, Not Cops: Shandie Harris and her son, J.J.