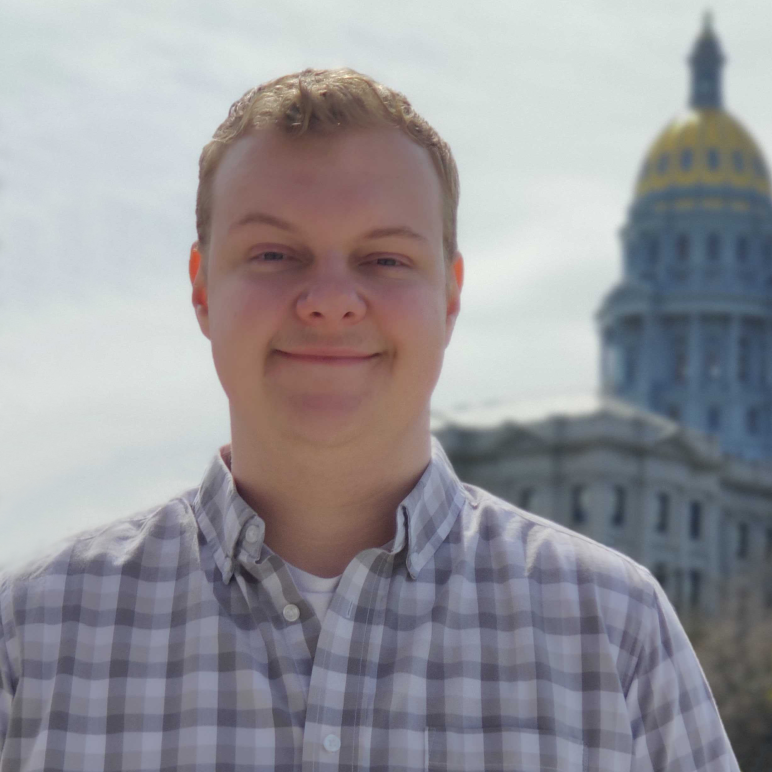 Ivan joined the ACLU of Colorado in October of 2020 with the belief that the fight for human rights is not a spectator sport. He is a Russian immigrant who spent much of his childhood living in St. Petersburg, Russia. Ivan graduated from the Metropolitan State University of Denver with a bachelor’s degree in Public Relations and Interactive Digital Media. He has done a variety of communications work across Colorado, often working closely with nonprofits and activist organizations. Prior to joining ACLU of Colorado, he worked as a communications assistant for the City of Aurora and interned at Strategies 360 in Denver. Outside of work, Ivan spends some of his time taking care of his zoo at home, which includes two dogs, 11 leopard geckos, three crested geckos, two ball pythons and a bearded dragon named Chungus.