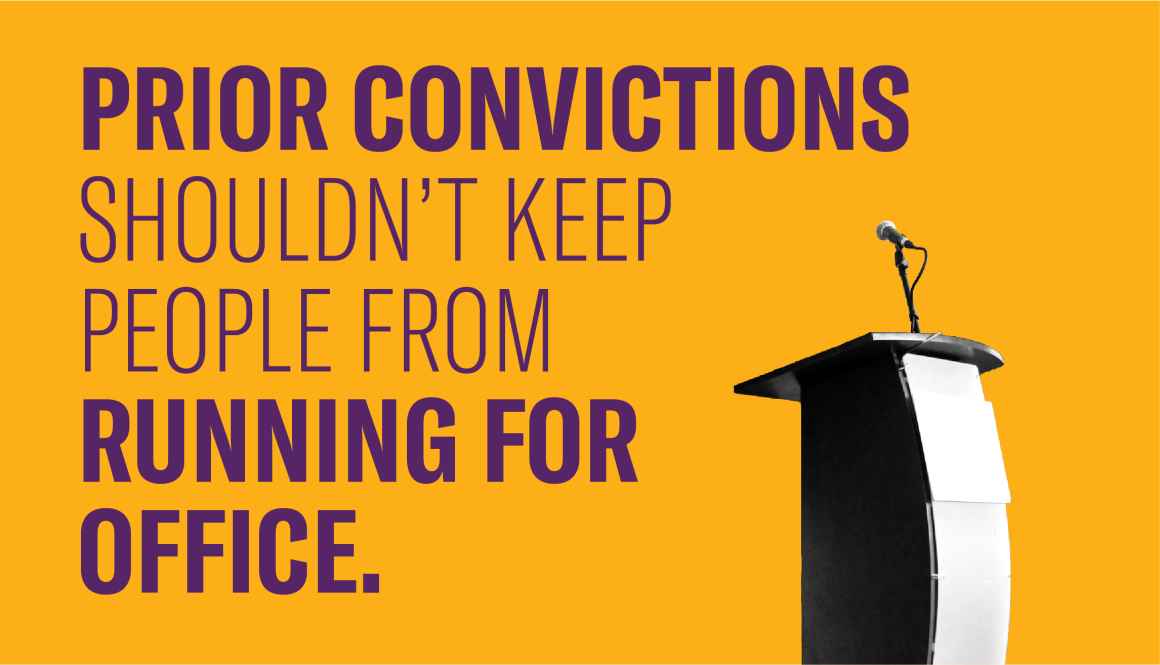 In May 2021, ACLU of Colorado sued the City of Aurora for blocking Candice Bailey, a candidate with a prior felony conviction, from running for public office. An Arapahoe County Court Judge ruled in favor of Ms. Bailey and the ACLU, finding that the categorical barrier to her candidacy was a violation of the Colorado Constitution, which protects the right to run for office as a fundamental right of citizenship.

Even if a person has been imprisoned, the constitution protects their right to run for office once they complete their sentence unless they were convicted of five listed crimes that relate to violating the public trust — embezzlement of public moneys, bribery, perjury, solicitation of bribery, or subornation of perjury. Through its investigation, ACLU of Colorado knew that the City of Aurora was not the only local municipality with a law prohibiting people convicted of felonies from running for office.

On November 2, 2022, ACLU of Colorado wrote to Weld County and 11 other Colorado cities and towns with similar local laws demanding that those jurisdictions take steps to ensure that eligible candidates are not prevented from running for office because of a prior felony conviction.

Many of the jurisdictions have responded positively, providing information about proactive steps they will take to remove the unconstitutional provision from their local laws. ACLU of Colorado will continue to monitor the responses, spread public awareness about the right of people with criminal histories to run for office, and ensure that these unconstitutional bans are not enforced in the state of Colorado.

Purple Cliffs is an encampment for people experiencing houselessness in Durango that has been operating since 2018. During its history, this encampment has provided a home to the expanding population of residents unable to access housing in the Durango region.

In late September 2022, ACLU of Colorado learned that the City of Durango and La Plata County were planning to close the encampment by the end of the month, without the City of Durango having secured an alternative site for the many unhoused residents that would be displaced. ACLU of Colorado and the National Homelessness Law Center co-authored a letter detailing numerous concerns with the City and County’s plan to disperse the encampment. Most importantly, we wrote that the City and County’s proposed actions would lead to escalated criminalization and displacement of people experiencing houselessness, leaving them far from necessary services during a pandemic and with the winter months quickly approaching.

As a result of this outreach, ACLU of Colorado is in continued discussions with community and representatives from La Plata County and the City of Durango to work toward changes that will keep our unhoused neighbors safe.

Letter to Durango Regarding Displacement of Purple Cliffs Community