It Doesn't Have to be This Way, Racialized Policing in Aurora

On November 21, 2016, 13 Aurora police officers responded to a simple noise complaint at Alberto Torres's home. As happens all too often, Aurora police officers escalated this minor issue into a brutal affair. They beat Mr. Torres solely because he delayed exiting his garage to ask his wife to interpret for him. With that beating, the lives of Mr. Torres and every member of his family were changed and he has yet to recover. ACLU of Colorado fought to obtain justice for Mr. Torres, and Aurora has now paid him $285,000. But money is not justice, and the brutality of the Aurora Police Department against people of color has continued unabated.

It doesn't have to be this way.

Imagine, if instead of 13 officers being dispatched to Mr. Torres's home for a noise complaint, the City of Aurora sent a civilian-led response team to check on his welfare and ask that he and his friends lower their sound, resulting in a non-violent solution to a minor issue? 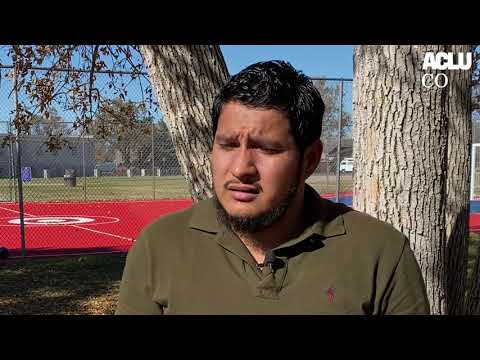