We Are the Vote

Democracy doesn’t run on autopilot. Democracy runs on participation that begins with our bedrock right — voting. Colorado proudly boasts a world-class voting system and leads the nation in both voter access and election security. These renowned and hard-won policies are monumental, but they are only a piece of the puzzle.

While Colorado ranks high in registered voter turnout, historically disenfranchised voters continue to be underrepresented at the ballot box. That includes an estimated 500,000 young people and over 620,000 Black and Latinx people who are eligible to vote but historically have not done so in Colorado’s midterm elections. This underrepresentation is significant: life-altering decisions impacting voters are most often made by local elected officials and local ballot initiatives, yet these local issues and races are what many voters hear the least about. 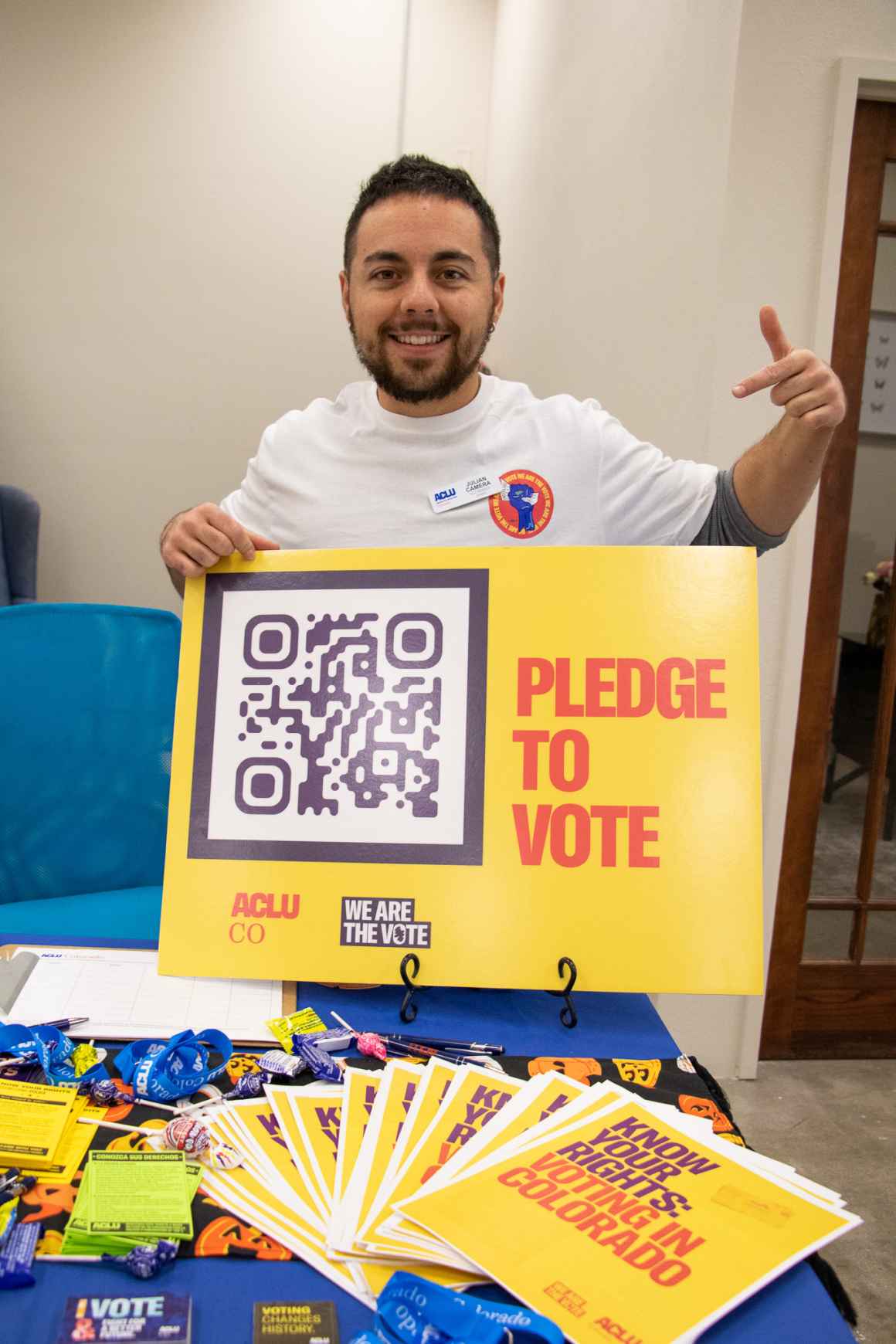 That’s why this year we launched We Are the Vote, ACLU of Colorado’s multi-year voter education and mobilization campaign working with partners to remove barriers to participation for historically disenfranchised voters, justice-impacted voters, and young voters in Colorado. This cycle we worked closely with local BIPOC-led organizations, taking their lead on which voters to engage and how, collaborating on education and outreach, and directly providing small grants to some partners.


Our get-out-the-vote work focused on Southeast Colorado Springs, specifically House District 17 (HD 17), where we reached voters through text banking, advertisements, radio, and know-your-rights education. From our key partner, the Citizen’s Project, we learned that HD 17 has the lowest turnout of any county in the state. This is unacceptable. We believe that low participation is not because of a lack of will or caring but because of the gutting of civics education, distrust caused by hyper-partisanship, and lack of investment, which is why we are committed to supporting this campaign and our partners in HD 17 for years to come.

Between the two weeks of paid advertising and more than 100,000 texts in the final four days leading up to the election, our We Are the Vote campaign reached almost half a million individuals. Our message? Civil rights are on the ballot. By focusing on the issues, we were able to cut through the political noise and reach a new audience. We also released a voter guide where we took positions on six statewide ballot measures and three local ballot questions, provided extensive voting rights information, and explained the function of key elected offices. Our voter guide is the most requested ACLU of Colorado resource cycle after cycle. This year we reached a broader, more diverse audience than ever, garnering over 15,000 views in less than three weeks. While the results were mixed locally, we saw wins on the statewide level with the passage of Proposition GG, Proposition 122, and Proposition 123 to increase transparency for voters, end the War on Drugs, and begin addressing the housing crisis, respectively. 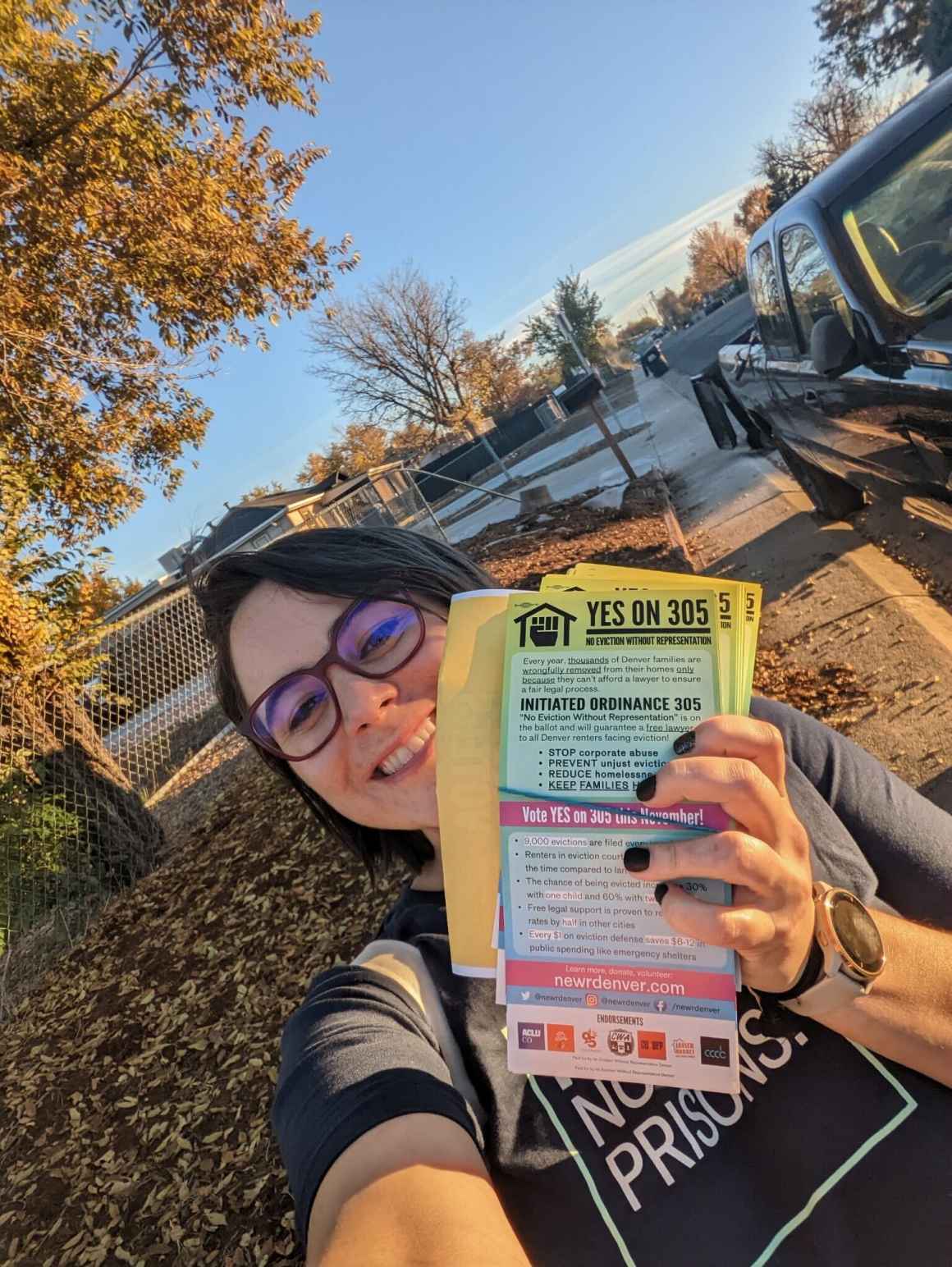 Ballot initiatives are a form of direct democracy and one that our voter poll, conducted earlier this fall with the African American Research Council, found that Coloradans highly value. Colorado’s initiative process is unique and more open than other states. While it can often lead to a  long ballot,it generates unique opportunities. In fact, it is thanks to this process that, in 1893, Colorado became the first state to pass women’s suffrage by referendum — 22 years before the passage of the 19th Amendment.


Today, carrying on that legacy of direct democracy has higher stakes than ever. As we prepare for further SCOTUS rollbacks, our responsibility to make Colorado a leader in protecting civil rights intensifies — not only for the people of Colorado but for people residing in neighboring states and across the nation.

There’s always an election right around the corner and we cannot ease up on our voter education efforts. We look forward to seeing you in the spring for municipal elections.